if you are a startup airline – you face many challenges. The sheer enormity of the regulatory, commercial, legal, operations and technical challenges. Does a startup really have a chance to get established? Judging from the sessions over 2 days in Ireland at the CAPA Spring AIT – Airlines in Transition Conference, the answer has to be negative.

What we see today is the homogenization of the marketplace.  Last year’s event saw the emergence of the financial metric ROCI – return on Capital Invested. This year, that was no longer new but assumed. For new entrant carriers there is a significant change from the growth of LCCs in the last 1990s and 2000s which has given way to profitable but “too big to fail” large airline groups. IAG’s Willie Walsh and the regulators both were speaking about market efficiency and preventing irrational competition into the marketplace. How great it was that the marketplace was now a rational and safe place for the market forces to work effectively. However I believe that this is not a good trend.

Good question – the chief reason is that the legacy carriers achieved 3 major changes over the past 10 years.

These changes have dramatically altered the landscape and airline competition has been replaced by a closed marketplace to all but the biggest carriers. The significant reduction in competition in both LCC and FSC sectors is hurting the consumer. Slower growth rates, higher prices are obviously linked. 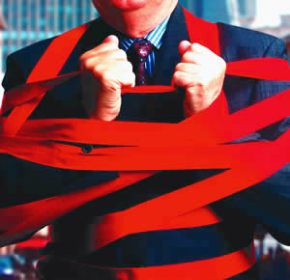 The regulators who spoke at the conference and the larger carriers such as IAG were patting themselves on the back at how well the marketplace works. However there was little attention paid to the two critical areas of consumer competition and the economic impact of the reduction in competition. There should be strong concern that the airlines are being protected by the regulators and that protection should be removed.

In my view – the continuing anti-trust support for the various Joint Ventures such as A++, DL/AF and BA+AA does not pass the test of consumer value. It should be ended. However the opportunity for new carriers to enter the marketplace has barriers never before seen. A removal of the regulatory protection  and the banning of the Joint Ventures will significantly increase competition across the Atlantic. Further loosening of the ownership rules (but not control) should permit the European and US carriers to compete against the Gulf and Asian airlines more fairly and directly benefit the consumer.

The end of competition is evidenced by the sheer size and reach of the European conglomerates. That IAG is highly profitable yet AF/KL and LH Group are struggling is an example not of a fair marketplace but a dissonance of outmoded and inflexible regulation and poor labour management.

This is a great industry. It has the ability to benefit the consumer significantly. The regulatory framework does need to be reformed. That reformation should be consumer focused not supply side focused.

← Examining Global Travel Trends – Domestic vs International Travel
Politics and Pricing – a match made in hell. →